So, what exactly is this contemporary? You might ask. A person or a thing that lives in the present can be addressed as contemporary. Being updated with the latest trends and being current with everything is the core of being contemporary. The contemporary architecture is one of the most preferred in the world right now.

Now, don’t stand akimbo and confused on what we are talking. Let’s get this simplified.

India saw the homecoming of the contemporary architecture in the late 20th century. Architect Charles Correa was one of the main men who spearheaded this movement in the country.

As a token of respect to the legendary architects, we have compiled a list of 10 Indian contemporary buildings that are built on different times that holds architecture value and brilliance.

The Jawahar Kala Kendra is a multi-arts center located at Jaipur. This building is designed by the award-winning architect Charles Correa in the year 1986. This building was commissioned to the purpose of preserving Rajasthani Arts and Crafts. A nine blocked housing museum consists of an amphitheater, an auditorium, a library, art rooms, a cafeteria, a small hostel, and an art studio. The architect has managed to include two permanent art galleries as well. Each square is of dimension 30 m x 30 m x 8 m height.

The architectural design of this complex is inspired from the plan of Jaipur City, which was conceived by Maharaja Jai Singh the second in the mid-17th century. Charles Correa has designed this campus taking inspiration from the Vasthu Sasthra. Navagrahas played a major role while designing this 9 block structure at this heart of Jaipur City. The nine squares depict the nine deities or the navagrahas: Surya, Chandra, Mangala, Budha, Guru, Sukhra, Shani, Rahu and Ketu.

Situated in the heart of the capital, The British council is design collaboration of the mastermind architects Charles Correa, Howard Hodgkin and Mahendra Raj. Introduced on a time when books are considered as something scattered and costly, this institution offered a massive library, audio books and internet stations.

Spread over 72,000 sq. feet, the façade of this iconic building features a mural by Howard Hodgkin made of white makrana marble and black cuppadash stone. This building features a 180 people auditorium with state-of-the-art amenities and Mr. Correa has designed three courtyards that symbolizes three focal points that stands for the world center in Hindu, Muslim, and European cultures.

This remarkable architecture located in the New Delhi is designed by the Iranian-American architect Fariborz Sahba. This temple is noted for the flower liked shape and it serves as the mother temple of the Indian subcontinent. This is one of the seven Baha’i houses of worship that is spread across the world. The temple is built on the expressionist style of architecture. This huge structure represents a lotus as a flower that symbolizes purity and tenderness. The lotus temple can seat up to 2,500 people with ease and has a height of approx. 33.6 meters.

Completed in the year of 1986, this structure is composed of 27 petals arranged in three clusters. Among the three, the first cluster forms the worship space, the second works as a roof for ancillary space and the third canopies over the nine entryways.

Designed by the architect trifecta Skidmore, Owings and Merrill (SOM) this massive airport structure is inspired by the form of traditional Indian pavilions. It stands out from the rest by the composition and it creates a visual pleasure. The architects took the inspiration from the Indian national bird Peacock while designing this one of a kind a structure.

The design of the interiors has mushroom columns that holds a vast canopy at the second terminal of the airport. The architect has divided the interiors wisely to disperse the people and make the place less crowded. SOM architects has gone with a bright color scheme with white tones. As well as celebrating the modern face of the city of Mumbai, the designers have incorporated subtle elements of Indian culture, history and art. From the hinged coffered treatment on the head house columns and roof surfaces to the intricate ‘jaali’ windows, the Chhatrapati Shivaji International Airport is a perfect example of the mix of traditional and modern architecture.

An eminent institution that provides high-quality fashion and design courses that’s situated in the center of Jaipur. This is a building that’s designed with traditional and modern styles while, keeping in mind the energy efficiency aspect as well. Beautiful curves inside and outside, this campus looks incredible and one of the finest architectural design.

Designed by the architect duo Manit Rastogi and Sonali Rastogi, the building is designed in such a way that, it can withstand the scorching hot climate of Jaipur. To make the structure more habitable; the architects have included a stepped well to cool of the temperature around the campus. Even better, they have included rounded courtyards to stop the direct sunlight. An interesting fact about this structure is the inclusion of Rajasthani Jaalis with a drip system. This mechanism is fixed to evaporate water and provide a cooling effect inside the building.

Though this structure does not fall under the contemporary category, the sheer architectural brilliance that this building possesses made it worthy for this list. Designed by the legendary French architect Le Curbusier, this massive structure houses the Punjab and Haryana state governments in its 8 stories that are mad with rough cast concrete.

This massive structure with a 250m distance was the largest project of Le Curbusier, who was commissioned to craft the master-plan in the late 1950s. The Palace of Assembly was designed to have an open-plan interior, framed by a grid of reinforced concrete columns to have a proper view of the nearby Himalayan Mountains.

A 30-bed dialysis center built by the Cadence architecture situated adjacent to the ancient south Indian temple, is renowned for its architectural presence and religious value. Something that’s not usual for an urban setting, this structure is built around a temple, which is considered as the protagonist of this whole design.

The facade of this building is made with surfaces built on rock, and the slivers between the shells allow the light to penetrate through the building to create a pleasing visual and divinity.

Another brilliant work by the architect trio; Skidmore, Owings and Merrill (SOM). The structure, offering 270 premium rooms is known for its modern and sustainable design that combines local craft and traditions. The design is inspired from the region’s reputation as the producer of textiles and gemstones. The subtle details and the curves are made for a sustainable and environment friendly structure.

Spread across 5, 31,550 sq. feet, the design of this structure has the elements of city of Hyderabad. An interesting fact to note is that the shape of the facade openings and the three-dimensional pattern offered in the building, the design is inspired from the forms of metalwork of the crown jewels of the city’s ancient ruling dynasty, the Nizam.

Situated at the heart of Mumbai, the Light Box restroom is a well-made restroom and a distinctive space for the women to interact. This structure is made up of four blocks with one end containing two toilets with a common washbasin and the other end has a nursing room and a toilet for the senior citizen and handicapped.

Indian architect Rohan Chavan has designed this structure around a large tree to provide natural air conditioning. He has also included transparent roof and side covers to protect it from the nature, thus giving it the name, the Light Box. This small yet not so small structure also includes a center space with garden that can be used for the public to hangout. It also provides a multipurpose free space that can be used as a gallery, or a space to conduct lectures and awareness campaigns

Designed by the architect company Studio Mumbai, this residence is one of the finest examples of the nature + concrete combo. The existing structure was brought down to its bare concrete and it was exposed to the nature. The insides are protected by layers of glass, wooden screens, planted trellises and curtains for supreme privacy amidst the urban jungle.

The architects have used the available greenery wisely in this project. The entrance gallery leads us to a double heighted living room that opens to a timber deck that’s complete with a garden and a small pond. The polished limestone floors and pigmented lime-colored walls provides a warm welcome. The house is discovered through floating staircases that bestow some staggering views.

The above mentioned are some of the finest examples of modern contemporary architecture in India. These structures are noted for its sheer architectural brilliance and the uniqueness it holds.

If you notice closely, most of these buildings are built around a piece of nature. You can also find subtle elements of the Indian culture as well. Combining these subtle factors and providing a stunning design is the core of architecture, and these structures are the finest examples of brilliant architecture.

Is Nano-White a good tradeoff for marbles?

What is Golden Ratio in Architecture and How do Architects use it?

The scrummage for making everything visually pleasing is... 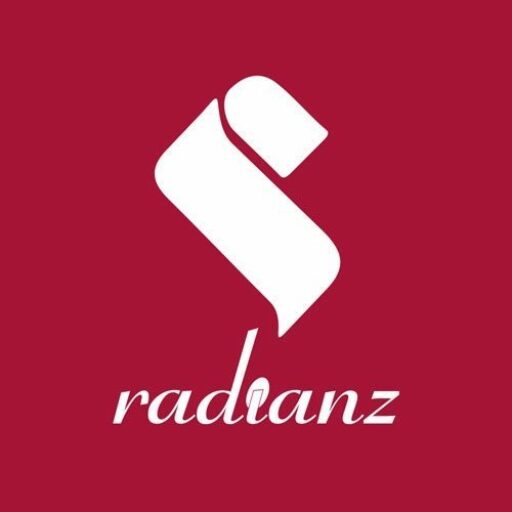 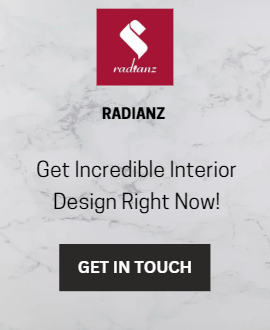